AN Air New Zealand media statement says “Air New Zealand’s supply chain has evolved in recent years with a focus on strong supplier partnerships based on shared values and objectives and a deep commitment to sustainable procurement with the airline working to gain greater visibility and assurance across its complex supply chain.”

Former CEO, Christopher Luxon, said “Air New Zealand has more than 4,000 suppliers who are each a vital part of our extended enterprise.  We’ve been on a journey with them over the past couple of years, looking at ways we can work better together and grow our partnerships.  The awards were a fantastic way to celebrate their contributions to our business and the work we’ve done together in partnership.”

It was an honour to win the following category;

Regional Partnership Award
For a New Zealand based supplier which consistently demonstrates high performance, as well as punches above its weight to supercharge the success of New Zealand’s regions.
Winner: JNP Aviation
JNP Aviation supports the airline’s ramp and front of house operations in several regional airports the airline serves. 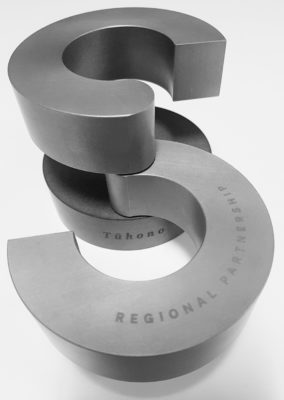